Berocca and Centrum – food supplements that are not what you think

I’m often asked about vitamin supplements and whether I advise people to take them or not – but it’s always important to know exactly what is in these supplements.

One popular supplement on the market is the multi-vitamin Centrum.

Centrum is produced by the pharmaceutical company Pfizer, one of the largest drug companies in the world. In September 2009, Pfizer plead guilty to the illegal marketing of the arthritis drug Bextra for uses unapproved by the Food and Drug Administration in the US and agreed to a $2.3 billion settlement, the largest health care fraud settlement at that time. Pfizer also paid the US Government $1.3 billion in criminal fines related to the “off-label” marketing of Bextra, the largest monetary penalty ever rendered for any crime. Called a repeat offender  by prosecutors, this was Pfizer’s fourth such settlement with the US Department of Justice in the previous ten years.

More often than not most people believe that vitamin and mineral supplements are beneficial for their health, if anything they would do no harm. But let’s take a detailed look at the ingredients in Centrum. Being informed about exactly what is in the product may help you make an educated decision about your purchase and whether you wish to continue taking them if you have them in your cupboard.

Firstly, I think it’s important to know that it’s not easy finding the ingredients for Centrum, they are neither on the packaging nor the container and when you go to the website they are not easily found either. I spent a long time waiting on customer service to find the ingredients but to no avail. Finally the ingredients were found in the most frequently asked questions page of the website.

There is a list of nutrients of vitamins and minerals and some antioxidants listed on the pack, many in negligible amounts and not even close to therapeutic levels. The forms that most of the nutrients are provided in are the cheapest and least absorbable forms, for example Vitamin C is in the form of ascorbic acidwhich is a cheap product made from wheat or corn, possibly BT (genetically modified) corn. Calcium carbonate is crushed coral and is not easily absorbed or used by the body. Ferrous Fumarate is a form of iron that is incredibly constipating and DL-Alpha Tocopherol is a form of vitamin E – the “D” form is natural and the “L” Form is synthetic. The “L” form is used to “water-down” the more expensive more bioactive “D” form.

The binders and fillers make the tablet hard to digest especially for people with reduced stomach acid due to antacids or dysbiosis.

These are what you will not see on the label, but are present in the tablet and are seen as possible allergens:

In the Centrum Kids product, the additives far exceed the adult Centrum products:

Other possible ingredients that have been noted come from Josh Gitalis’ blogbut I couldn’t find them in the allergy list in frequently asked questions, which may mean that these ingredients are not seen as allergens but still may be in the product.

Pregelatinised Corn Starch – This is used as a binder to hold all of the ingredients together. It is most likely a genetically modified corn which presents a number of problems for sensitive people.

BHT Butylated hydroxyanisole has been shown to be toxic to the liver, thyroid, kidney and lungs, and affects blood coagulation. BHT can act as a tumour promoter.

FD&C Yellow No. 6 Aluminum Lake – Why is there food colouring in a health supplement?

Nickelous Sulfate and Tin – I have never come across any nutrition book discussing a nickel or tin deficiency. Have you? We most likely don’t need to supplement it.

Talc – Has been shown to cause cancer.

Sodium Aluminosilicate – Used as a food additive for its anti-caking effect.

Berocca was originally manufactured by Roche, but is now manufactured by Bayer after Bayer’s global acquisition of Roche Consumer Health in January 2005. Bayer is a chemical and pharmaceutical company founded in Germany in 1863. Its original brand was Aspirin in 1897.

Bayer was part of IG Farben, a German chemical industry conglomerate of dye making corporations. Its name is taken from Interessen-Gemeinschaft Farbenindustrie, meaning “community of interests”. The company was formed in 1925 from a number of major chemical companies that had been working closely together since World War I.  During its heyday IG Farben was the largest chemical company in the world.

IG Farben was involved in numerous war crimes during World War II. It was seized by the Allies in 1945 and liquidated in 1952. It still nominally exists as an asset-less shell, with the stated goal of paying restitution to the victims of its many crimes in the form of compensation.

A note on some key ingredients

Sweeteners – many are used but probably the one to really note here is acesulfame.

Acesulfame Potassium or Acesulfame K is made with the solvent Methylene chloride – it is the substance that may give the food additive its potential carcinogenic characteristics. In addition, exposure to methylene chloride for long periods of time may lead to such side effects as breast tumors, chronic respiratory disease, depression, headaches, kidney and liver problems, leukaemia, lung tumors, mental confusion, nausea and visual disturbances.

Acesulfame potassium may also increase the appetite, by tricking the satiety signals of our body. When consuming products that contain this artificial sweetener, cravings for extremely sweet foods may develop. In these conditions, taste perception is changed and the fruits and vegetables do not feel tasty anymore.

Calcium Carbonate – This is the least absorbable form of calcium on the market. A very small percentage is actually absorbed, and it comes from coral.

Citric Acid – this is not what you think it is – ‘from an orange’ – it is made from a genetically modified black mould. The industry has worked out how to make it in bulk and extremely cheap, rather than extracting it from citrus fruits. You will find that this is in many, many products.

So when you read flavouring of any type in your supplements don’t think it is just one ingredient it is around 48 chemicals and ingredients.

Gelatine – we do not know whether this is organic and what the source is. If you are vegetarian or vegan, make sure you are aware that this is from an animal source, most gelatines have the preservative sulphite.

Vitamins and Minerals:  When a vitamin or mineral ends in ide or ate you know that it is from a chemical laboratory not from nature and many of the vitamins and minerals in Berocca end in ide and ate. I do not know the source of the vitamin E as they have not given me the correct name. But if it has a formula that begins with dl – then it is artificial not from a natural source.  Isolated vitamins and minerals are never found in nature they are always with macro nutrients (protein, carbohydrates and fats) as well as other micro nutrients.

Partially hydrogenated soybean oil: The partial hydrogenation of any oil creates trans-fat, a fat which have been noted to cause an increase in heart disease. Now I know there will be negligible amounts of this fat, but the fact that it is even being used makes me over-the-top suspicious of this supplement.

Colour – Many colours are made from azo dyes and petroleum by products so it is just another thing that should be avoided. Some colours have been identified as causing hyperactivity as well as the onset of asthma and dermatitis. Some colours have been banned in other countries while still allowed in Australia, the US and New Zealand.

Depending on which country Berocca is sold in, it may contain between 40mg-271mg of sodium (in Australia and New Zealand it is 271mg). It comes in three flavours – Orange, Mixed Berries and Tropical. The effervescent tablets contain 25 to 275mg d-mannitol, 20mg acesulfame potassium and 25mg aspartame, 6 mg sucrose, 13.44mg polydextrose and 94mg lactose, this is how much is used to sweeten the product.

In March 2011 the Health Department of Australia moved to withdraw the advertising of Berocca for its unsubstantiated claims of providing invigoration. This came in the wake of the same department issuing Berocca with a Healthcare product award in November of the year before (Wikipedia).

Berocca causes urine to turn deep yellow in colour – this is due to the excess vitamin B2 being passed via urine.

There are plenty of natural sources, easily absorbed and utilised vitamins and minerals available, you do not need to consume a concoction of chemicals to feel like you have received your daily dose of nutrients for the day.

At Changing Habits, we prefer to have a shot of Camu Camu to get our vitamin C, this is a food, being one of the richest sources of Vitamin C on the planet that has the required nutrients naturally surrounding it for us to digest, absorb and utilise the Vitamin C in our body. To create an even more nourishing shot, we more often than not add the Probiotics, Colloidal Minerals and Supreme Green Blend to get an all-round nutrient hit.

The difference between the food I advise and the supplements Centrum and Berocca is that I advise food that includes many macro and micro nutrients in order for our evolutionary body to be able to absorb and utilise what it needs to be healthy. The only product that is not a food is the colloidal minerals, but rather these are minerals extracted from plants, not mined out of the ground. We advise to have them in the shot with food.

For general health try food first and then if there are some limiting factors in your nutrient profile supplementation may be an option, but quality will be the defining purchase.

Here is the shot:

Mix the above in a small amount of water and some manuka or raw honey to taste. Enjoy every morning before food, and make this your beautiful morning ritual! You can change the liquid to fresh juice, or water with a drop of Twenty8 Orange Essential Oil.

← Prev: The Wonderful Benefits of Eating REAL Chocolate Next: The many benefits of fat → 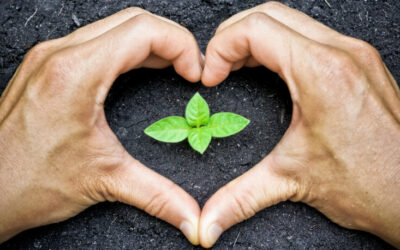 When I was at the Australasian Society of Lifestyle Medicine conference in Brisbane, I decided to head to the forum of... 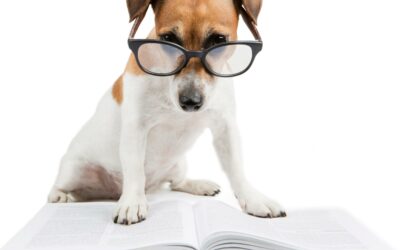 Referencing – Why it is so important

Many students I speak to find the referencing side of their assignments and articles challenging. They are wondering... 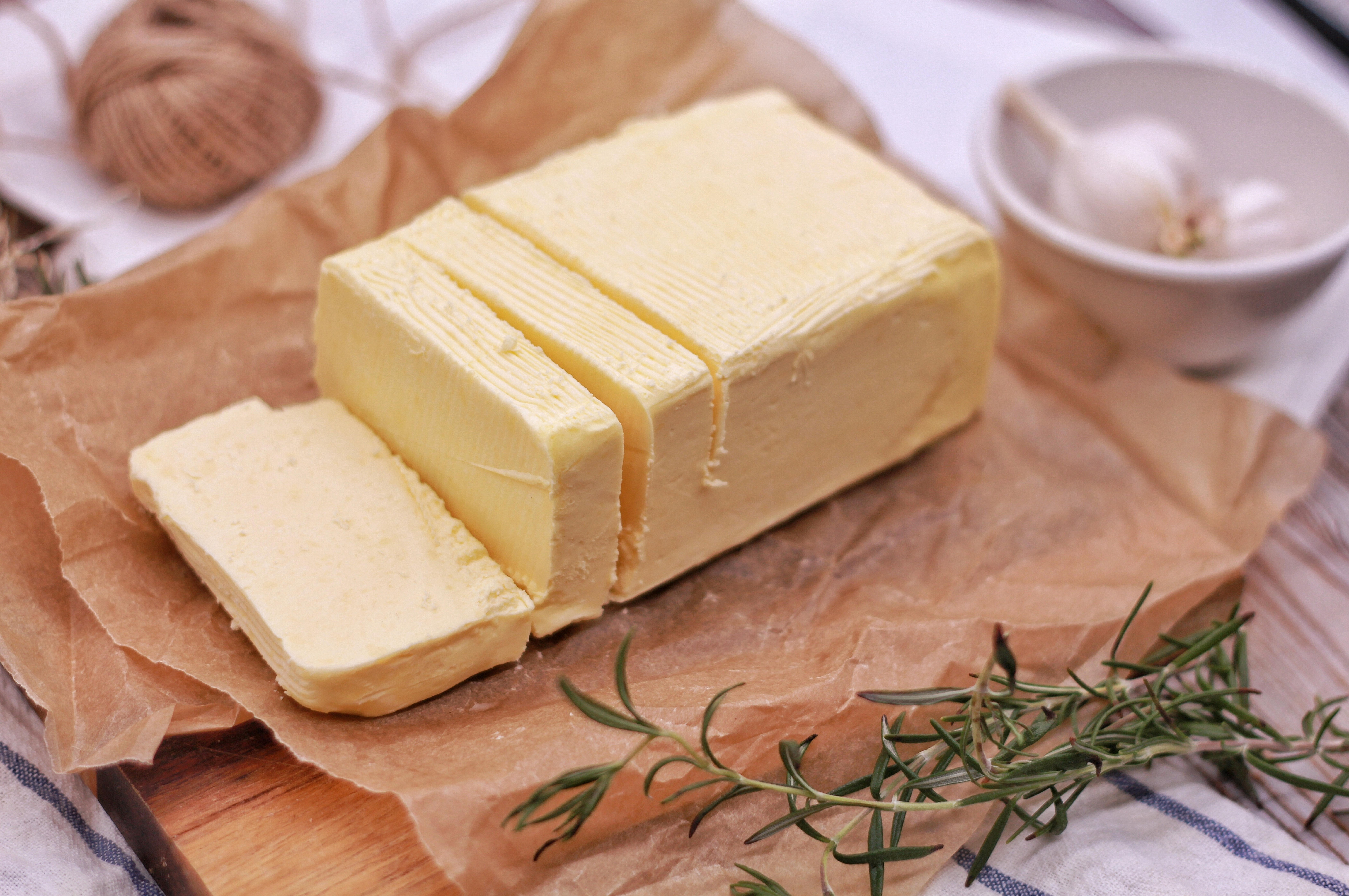 22 Myth of Modern Diet and Nutrition

I studied at Deakin University in the early 1980’s to become a dietitian. After completing my BSc majoring in...