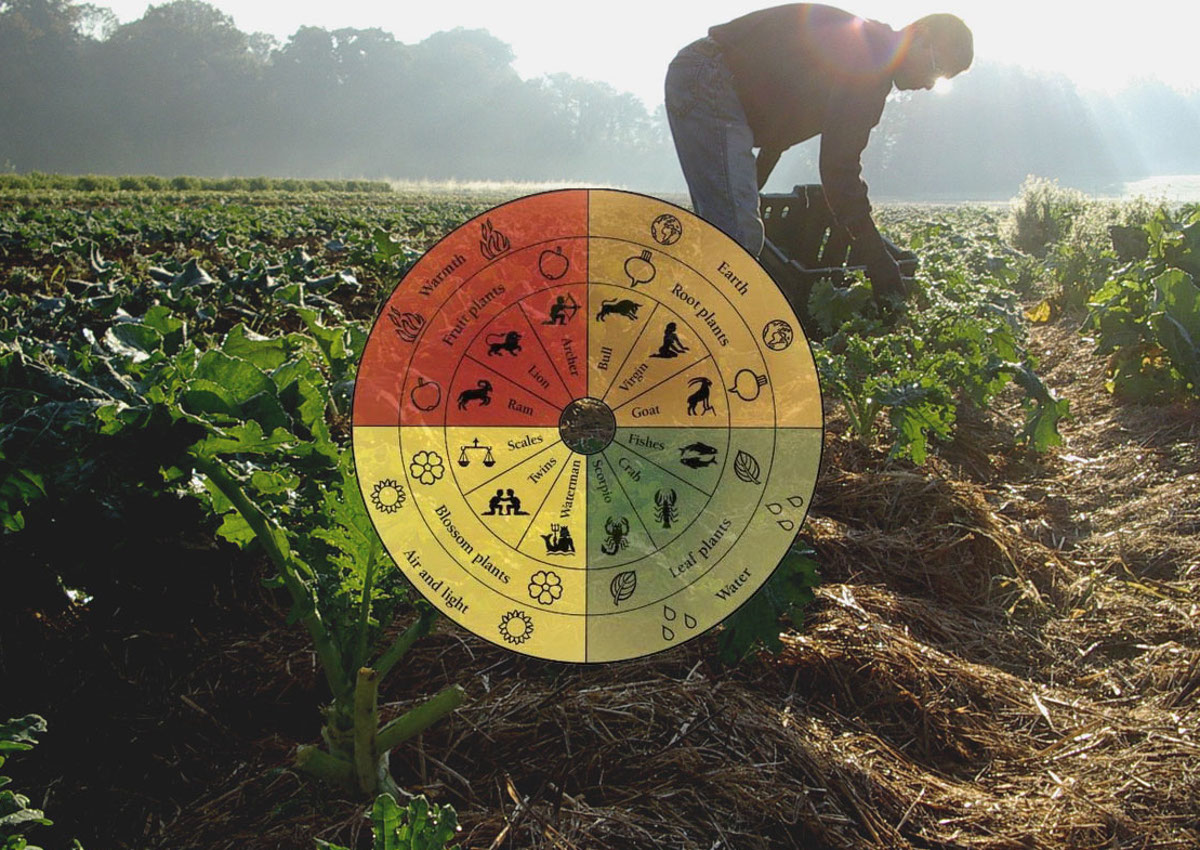 The Importance of Biodynamic Farming

About 20 years ago I went to a friend’s place who was dabbling in biodynamic gardening. The one thing I remember is a large cauldron of liquid, and we had to stir it one way and then back the other for an hour. It was then sprinkled on the vegetable garden at some point under the moon. That was my full understanding of this farming practice.

I didn’t understand it, and probably thought it was a bit woo woo, so I was reluctant to learn more about it. But my good friend and regenerative farmer Charlie Arnott swears by biodynamic farming. So, on his suggestion, my son Brogan and myself spent two days with Charlie and Hamish Mackay (an ex-dairy farmer) learning all about the principles of this incredible tool for gardeners and farmers.

The first three hours involved the philosophy of biodynamic farming and learning about its founder, Rudolf Steiner. Funnily enough, the philosophies that underpin the content in The Nutrition Academy (TNA) are very similar to biodynamic principles.

Hamish Mackay was the beginning speaker. An incredible teacher, he brings theory, science and practicalities to the classroom. He, as we do in TNA, showed opposing philosophies to explain the concepts of biodynamic farming.

Following is a table that will help to explain this:

Goethe was a German philosophy who did not agree with Newton on several subjects. Goethe quoted:

“As soon as you trust yourself, you will know how to live” and “the man with insight enough to admit his limitations comes nearest to perfection”.

We can see in the table that Goethe and Newton’s philosophies are opposing. But both are valid because both are needed in certain situations. It’s like mechanism vs vitalism. Mechanistic healthcare is brilliant in critical care and acute issues, whereas vitalism is brilliant in prevention. After all, it’s better to shut the gate before the horse bolts, but sometimes we can’t do that, and we need critical care.

What is right for the body is also right for our soil. Give them the right ingredients, make them as healthy as you can and they will serve you well.

Hamish explained how if a tree is sick, then you should go to a healthy tree, dig up the soil around it and give it to the sick tree. This reminded me of FMT (faecal microbial transplants in humans) – take the soil (faeces from a healthy individual) and transplant it into an unhealthy human.

Modern agriculture wants to destroy the microbes in the soil so it can scientifically know the exact inputs needed to put on the land and crop, in order to accurately know the yield of the crop; it’s all very scientific.

I’ve seen this in medicine as well. If someone is diagnosed with type 1 diabetes (an autoimmune disease), they have a honeymoon period. This is where approximately 30% of the beta cells in the pancreas are still producing insulin. Many doctors find this a difficult time to balance insulin and blood sugars because the body is still producing some its own. So, they will often say, once the honeymoon period is over, counting carbs and injecting insulin will be more accurate and easier for the patients.

My question is always, can we save the beta cells in order for the body to be able to make insulin and look at diet as an alternative? Dr Natasha Campbell McBride in an interview I did with her many years ago, suggested there is a way to save the beta cells. You can access that interview here http://thewellnesscouch.com/uc/uc-175-dr-natasha-campbell-mcbride-the-power-of-the-mind-and-body-to-heal

Another interesting aspect of biodynamic farming is that you just need small amounts of biodynamic preparations to help with the fertility of the land and the growth of the plants and animals on that land. It’s all about how the preparations are made and what they are made from. The formulations are watered down and used on the land sparsely.

As a side note, last week I was doing some work on the Changing Habits farm, implementing one of the preparations diluted in water, and my son’s dog Taj dipped his muzzle straight in it and drank from the bucket – he may have known what was best for him.

In human nutrition, we also have the need for nutrients in micro and macro amounts.  The macros carbohydrates, fats and proteins, we need in macro amounts, and the micronutrients – being vitamins, minerals, phytonutrients, antioxidants, for example – are only required in micro amounts.

For instance, the RDI – Recommended Dietary Intake, also known as DRI (Dietary Reference Intakes) for iodine is 150 micro grams per day – that’s 0.0000352065829613085 of a teaspoon, so very, very small amounts. Yet iodine deficiency can cause hair loss, lethargy, weakness, swollen neck-goitre, weight gain, dry flaky skin, feeling cold, trouble learning and remembering, heart rate changes and fertility issues. There are more but these are the usual symptoms we look for in trying to decide whether someone may have an iodine deficiency.

Iodine is required by every single cell in the body for energy production and oxygen consumption, helping with metabolism. The body contains approximately 15-20mg, that’s around 0.003 to 0.004 of a tsp and approximately 80% is concentrated in the thyroid. So you can see that this micro nutrient has far reaching effects if it is not available to the body, or can give incredible health if it is available.

The connections between human nutrition and soil and plant nutrition kept on being thrown at me in the biodynamic course.

Some farmers are dubious about it, but let’s look at the chemical side of agriculture.  I remember when I finished my documentary ‘What’s With Wheat?’, I had an irate wife of a farmer letting me know that my documentary was full of lies. She said after all she only used a “Coke can” of glyphosate in water to desiccate (dry a crop before harvest) on a hectare of land. That was her justification that the use of Roundup before harvest was perfectly safe.

The last thing I want to explain here is a connection with between human health and biodynamics that involves the moon and planet cycles. Now before you think I’ve gone off the deep end, let me explain. I may read my astrology on occasion and take it with a grain of salt, but after listening to Hamish and Charlie, I realised why these predictions may have merit.

Putting that aside, let’s just look at the power of the moon. The moon cycles approximately every 28 days (more precisely 27.321661 days). The moon moves water around the planet in the way of flowing and ebbing tides. A woman’s cycle is 28 days, running with a new moon or a full moon (if we lived in nature). In terms of gravitational force, the moon exerts two and a half times the gravitational pull of the sun. The moon’s powerful pull influences every living thing on the planet.

Humans live on sun cycles, while many animals live on the moon cycle. Our hormones and biochemistry change depending whether it is day or night. Blue blocking glasses are becoming trendy because of this phenomenon. We sleep at night and are awake during the day. It’s in the science that shift workers have more health issues than non-shift workers. So, knowing this, why wouldn’t the plants be on similar cycles? Think of a sunflower that follows the sun. In biodynamic farming practices, the planets and moon and sun are very important when it comes to fertility, growth, health and production.

I stand corrected in my thinking that bio-dynamic farming was woo woo. I’m a convert and I’ve already started using it on my farm. My plan is to get Hamish and Charlie to come and do an introduction to biodynamic farming at the Changing Habits Farm – perhaps around the beginning of Autumn 2021. If you are interested, please send us an email now with an expression of interest to Lillie@changinghabits.com.au

This is not just for farmers, but also for our budding back yard gardeners and community garden co-ordinators.

Looking forward to seeing you there!

← Prev: A Flawed Dietary Guideline That Is Killing Us Next: Should I Do a Nutrition Degree and Get My Formal Education? → 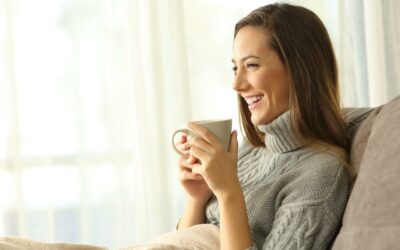 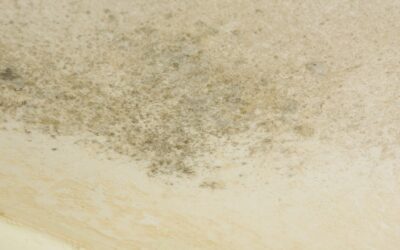 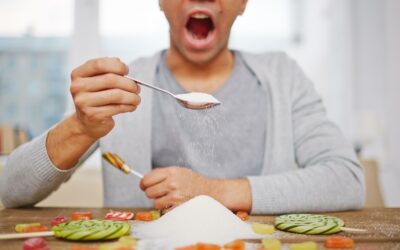