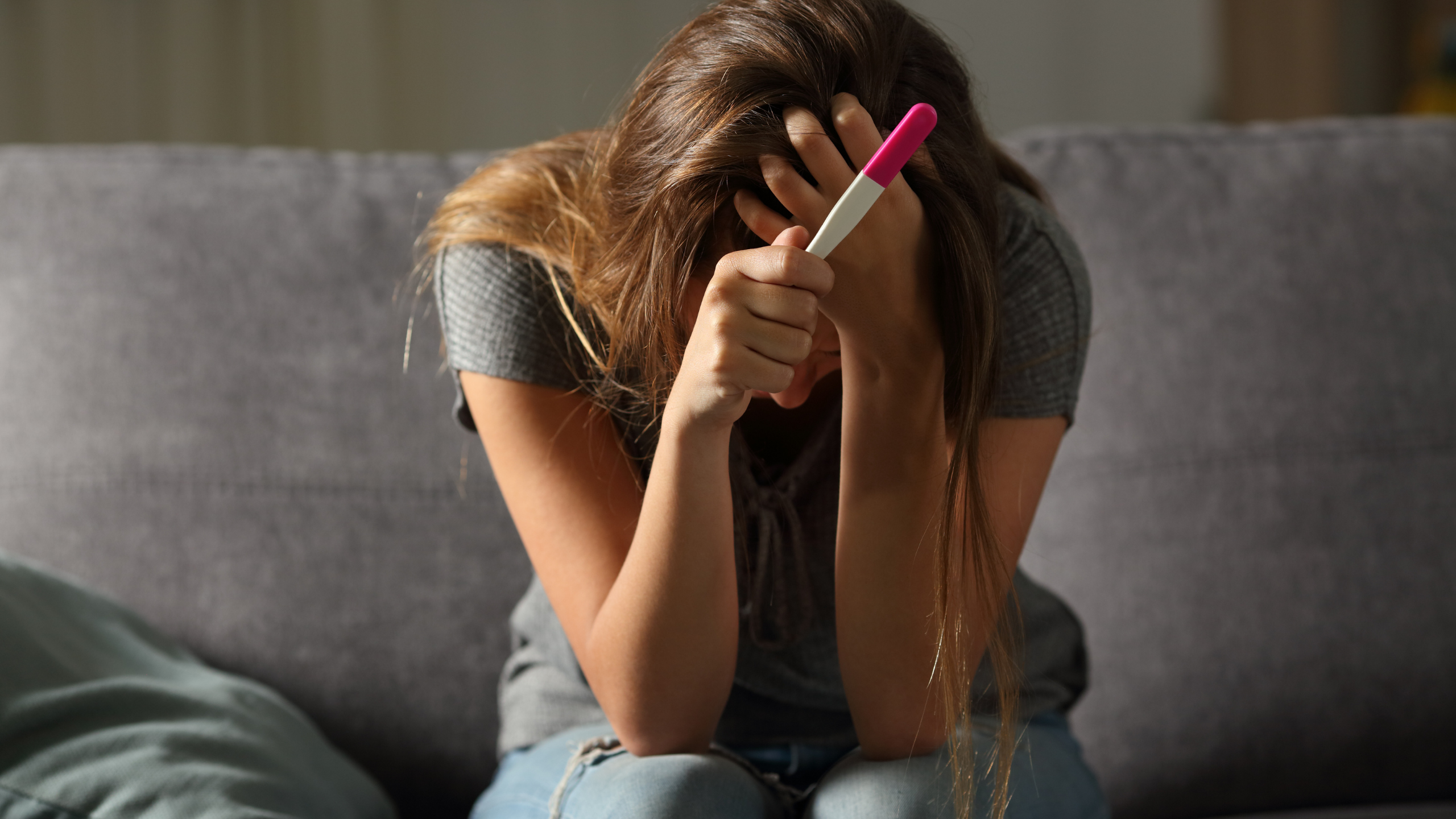 The right to choose – my body my choice is now very much in the news.

It is now illegal in the US to choose to terminate a foetus. Just so you know, this article is not a debate on abortion, it is simply highlighting what the food industry is doing with a terminated foetus.

Have you ever wondered what happens to a terminated foetus?  Is it discarded or used in some way? There are 100’s of thousands of abortions performed yearly around the world so It’s a question worth asking.

Several years ago (2018) I was watching a deposition with Dr Stanley Plotkin.  He is known as the godfather of vaccines.  In the deposition that went for 9 hours, he admits to the harvesting of organs from terminated foetuses for the development of vaccines and inclusion in vaccines.  https://worldtruthvideos.website/watch/stanley-plotkin-md-under-oath-deposition-confessing-what-039-s-in-vaccines_ptxyTIbgo9cIUJr.html  You can click this link to listen to the actual deposition.  Go to times, 3.15 and 5.19 minutes to hear what he says about aborted foetuses and vaccine development. If you listen to the whole video he talks about other animal product inclusions in vaccines. This section of the deposition is just over 7 minutes.

I knew this was happening despite it not being greatly known.

With the discussion of what is happening in the US with regards to the right to choose, I was sent an article about aborted foetuses being used in a new technology for flavour enhancement. When I read something like this, I’m first shocked, but then I think this can’t be, surely this isn’t allowed but then I get curious and have to research.

The first thing I do is go to patents to see if I can find something on the subject, I’ve referenced them below. I want to see who is talking about this information and who is calling it misinformation.

If I had not listened to the deposition of Stanley Plotkin and him being caught out lying under oath about the number of foetuses used in just one vaccine research paper.  Plotkin said he had only ever used two foetuses in his research, but the lawyer asked Plotkin to go to page 12 of one of his own research papers and the number used was 76. You can watch this here https://thehighwire.com/videos/aborted-fetal-tissue-in-vaccines/

Despite this admission, I keep seeing articles that dismiss the fact that many aborted foetuses are used in the development and making of vaccines and medicines.  In fact, as late as 2021, (the deposition was 2018) I read an article that stated only the HEK293 cell line was being used for vaccine development.  HEK293 is from a healthy foetus harvested in 1973 that has been used in research by continuing to grow the cell line using genetic modification from that single foetus.  It seems this is the information that maybe the profitable growing foetus trade wants you to believe but is far from the truth.

So, as I am reading about flavours and the foetus trade I’m finding fact-checkers saying that only the HEK 293 cell line is being used in the development of these novel flavour enhancements. But I’m suspicious because of the Stanley Plotkin deposition.

Being curious and having inquiry is important to find the truth. I got curious and I started to read everything I could on aborted foetuses being used in the flavour industry. This is what I found.

I found that a company called Planned Parenthood in the US does sell body parts from aborted foetuses via several companies for research in food additives, medicines, vaccines, and cosmetics.  You can read all about it here – http://ethicalresearch.net/products-that-use-aborted-fetuses/.  Planned Parenthood allegedly profits from this, read more here – https://www.lifenews.com/2020/06/30/planned-parenthood-leaders-admit-under-oath-to-harvesting-body-parts-from-babies-born-alive/

Food is my love; food is what I research so this is what I will focus on in this article.  I just needed to paint the picture of what is happening in research and the facts so far.

Sweetmyx is part of the following category of NOVEL FLAVOURS, FLAVOUR MODIFIERS. TASTANTS, TASTE ENHANCERS, SAVOURY OR SWEET TASTANTS, AND/OR ENHANCERS. The invention relates to the discovery of flavour or taste modifiers, such as flavouring or flavouring agents and flavour or taste enhancers. In particularly, savoury or sweet taste modifiers, savoury or sweet flavouring agents and savoury or sweet flavour enhancers, for foods and beverages, fit to be eaten or orally administered medicinal products or compositions – https://pubchem.ncbi.nlm.nih.gov/patent/AU-2014202646-B2

Senomyx the makers of Sweetmyx, is an American biotechnology company founded in 1999 by biochemist Lubert Stryer.  Senomyx develops food additives and flavour enhancers both savoury and sweet. The company has reverse engineered human taste and aroma receptors to create a new wave of flavour enhancers.  In 2001 several patents were acquired by the company that were known to be proprietary tasted receptor based assay systems, which had been previously expressed in human cell culture in HEK293.

Let’s just take a minute here. Senomyx and many fact-checkers have declared that HEK293 is the only embryo cell line used in research to formulate food flavour enhancers.  However, this is also what they have been claiming with medicines and vaccines yet we know that this is not the truth.  The fact Planned Parenthood sells embryo body parts for research in medicine, food, vaccines and cosmetics makes me suspicious that more than HEK293 has been used in the research and making of these novel flavour enhancers, but I’m having a hard time finding the truth.  By the way if you are wondering HEK stands for – human embryo kidney.

Senomyx’s products work by amplifying the intensity of flavours, savoury and sweet. Because very small amounts of the additive are used (less than one part per million) Senomyx does not have to report their ingredients to the consumer.  In other words, if we buy into consuming these products there is secrecy around the actual formulation.

Sweetmyx was to be added to PepsiCo sodas in 2016 but with the controversy and the use of aborted foetuses, Pepsico reversed the trial roll out, and Senomyx stocks declined.

Senomyx also develops savory flavouring, products that block humans’ perception of bitterness. The problem with tricking the body about taste means that the very thing that helped us survive before grocery stores were around, now we are being tricked.

On 17 Sept 2018, private Swiss company Firmenich Inc. acquired Senomyx and by 2020 Firmenich announced that it had created a flavour by means of artificial intelligence to dissimulate (fool the taste buds) a lightly grilled beef taste. This is to increase the real taste of meat with plant based synthetic formulations masquerading as meat.

Firmenich is in the fragrance and flavour industry, it is the second largest supplier of these products world wide they have been buying up many smaller companies within the flavour and fragrance industry.

The flavour industry has morphed from real food extracts to dozens of chemicals to synthetic biology (genetic modification of microbes) to now artificial intelligence.

Let me explain as best as I can how this new technology works on your taste buds. It has nothing to do with the taste buds but rather how your brain perceives the sweetness of the food you are eating. So rather than being a sweetener, it works by enhancing the sweet taste of sugar or artificial sweeteners so that fewer of the sweeteners need to be used. You will probably not see the word Sweetmyx on the ingredient list but more likely artificial flavouring, artificial sweetener or sweetener blend. In essence, you will not know you are consuming this product.

They are catergorised as GRAS (generally regarded as safe).  I for one will not be party to consuming these flavour sensations. I’ll continue to buy my food locally without packaging and without dubious ingredients where the secrecy is so great, we don’t really know what we are consuming.  If I don’t buy them, I’m not part of the big experiment that is going on with our food supply and human health.

It’s up to you to make a difference and up to you to be educated about the food industry, the flavour and fragrance industry and to decide whether you want to feed yourself and your family these substances? 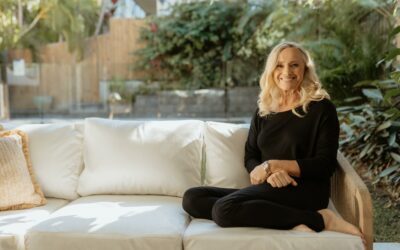 The Nutrition Summit 2022 was put on by The Nutrition Academy at Peppers Salt Resort & Spa Kingscliff over the... 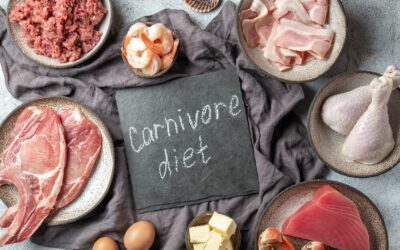 To Carnivore or Not to Carnivore? The extremes in eating from carnivore to vegan and everything in between can be... 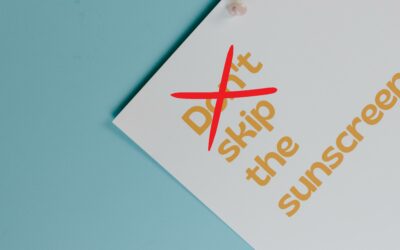 Sunscreens, Recalls and Sunshine As a young mum, I was called a child abuser because I refused to put sunscreen on my...