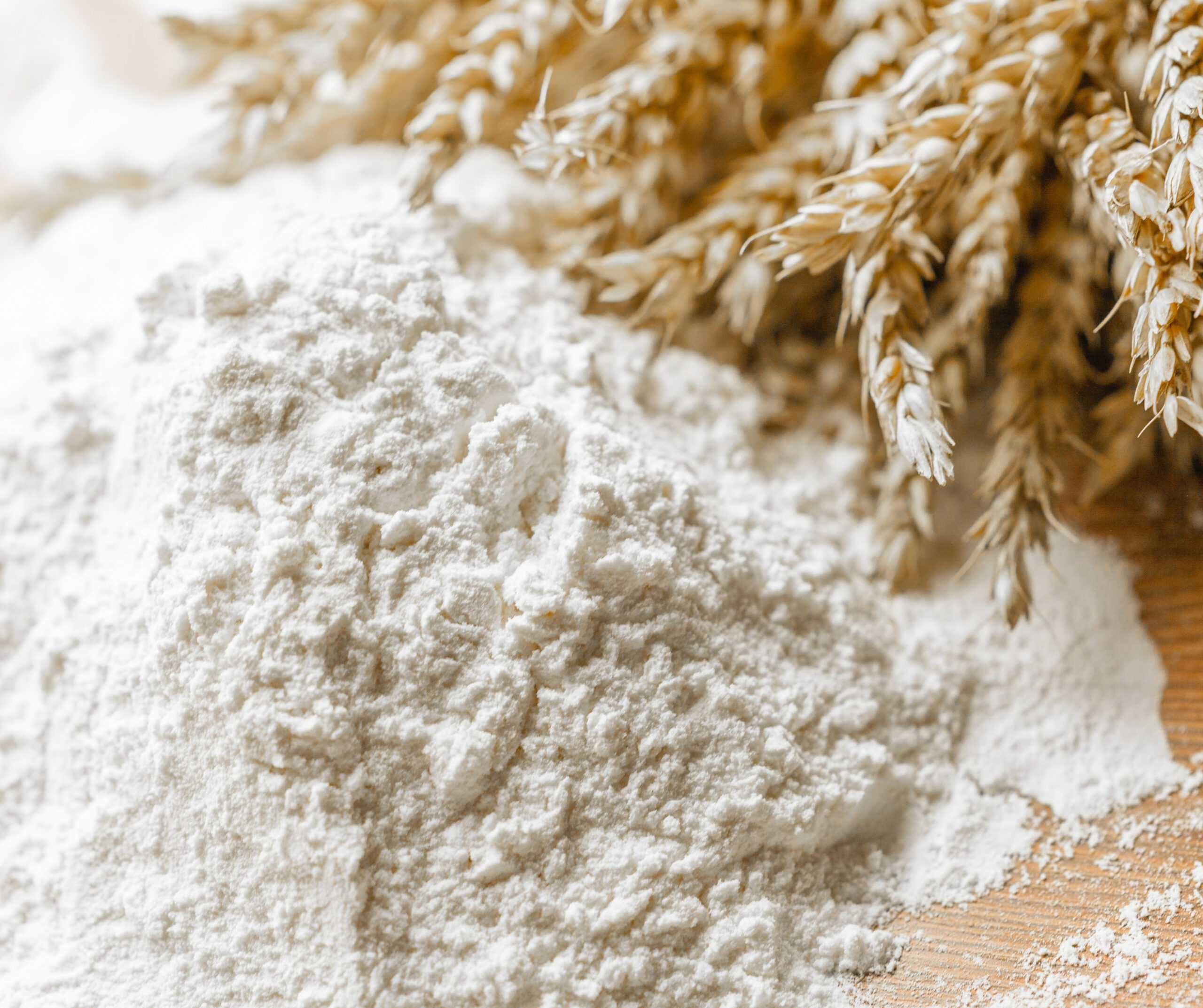 Until recently, I had never heard of ‘alloxan’. I was asked a question from someone who watched my documentary What’s With Wheat?  He asked what I knew about alloxan in bleached wheat and its association with type 1 diabetes.

I’m a curious person. I ask questions about things rather than take things at face value. So when flour, alloxan and type 1 diabetes was mentioned in the same sentence, I became curious and did my own research.

That research began with finding out what alloxan is, then talking with bakers, calling the customer service department of three large flour mills in Australia, collecting product data sheets of bleached flour, then reading science and blogs on the topic.

Sometimes I can do all this and not find too much, but with alloxan, bleached flour and type 1 diabetes, what I found needs to be told. People need this knowledge so they can decide whether they want to continue to consume any product that contains bleached flour.

Before I begin, if you haven’t watched my documentary What’s With Wheat? then I would advise you do so. You will be taken on a journey that follows what happens to a grain of wheat– how it is planted, grown and all the way to the mill where it is bleached. Chemicals like phosphorene, chlorine gas and glyphosate are just three that have deleterious effects on human and soil health.

As I said, alloxan was the first thing I looked up. I had produced a whole documentary on wheat (all the way from the growing to the processing and eating) and not one of the experts I spoke to mentioned alloxan. I wish I had interviewed Luise Light, former director of dietary guidance and nutrition education at the United States Department of Agriculture, as she was writing about it back in 2002.

Alloxan is used in science research to destroy the beta cells on the pancreas of test animals to create diabetes, so that we have a better understanding of the disease. Alloxan is a toxic substance and a known carcinogen. So why would alloxan be in bleached flour? Surely they would not be adding it as the consequences would not be good for human health?

Incidence of Type 1 Diabetes Over the Past 100 Years

The incidence of childhood and adulthood type 1 diabetes increased worldwide in the closing decades of the 20th century, but the origins of this increase are poorly documented.

I’m sure there are many factors leading to the increase in type 1 diabetes, an autoimmune disease where the viability of the beta cells dramatically stops the production of insulin. This hormone controls blood sugars and, without it, ketoacidosis, coma and death can occur. The gradual increase in chemicals used in agriculture, additives in food and more chemicals in cleaning and skincare products can be an overload on the body causing a disease. Couple that with the increasing trend to eat ultra-processed foods and the destruction of the immune system and we have a recipe for disaster.

It’s interesting to note that flour was not bleached before 1912. Harvey Wiley, chief of the Food and Drug Administration (FDA) (1908-1912), and an incredible advocate for pure whole foods, won a supreme court decision outlawing bleached flour. But once Wiley finished with the FDA out of pure frustration, the court order was sidestepped by the agency with its new head who believed food had nothing to do with health and thus bleaching of flour was allowed.

I’m not sure of the exact date but you can be assured it would have been some time after 1912. Of course, this is correlation, not causation. I am merely trying to put the puzzle pieces together.

Finding the information about current flour bleaching practices wasn’t as easy as I thought it would be, especially finding out whether Australian mills bleach flour. In the US and other countries around the world, except Europe, bleaching agents that can be used include chlorine gas, chlorine dioxide, nitrogen dioxide, calcium and benzoyl peroxides and azodicarbonamide.

Eventually I discovered that, in Australia, chlorine gas is used to bleach flours. I called three large millers and this is what I was told about hi-ratio cake flour. This information can be found on their product data sheets.

You will not see on the ingredient list anything that is made from this hi-ratio cake flour except for the suggested label-legal description ‘Wheat Flour’. It does not have to say ‘hi-ratio cake flour’, just ‘wheat flour’. So, you won’t know whether the flour is bleached when the food contains wheat flour. Not all flour is bleached, but the legal description does not let you discern what is bleached and not bleached.

How Does the Alloxan Get Into the Flour?

The chlorine gas is used to whiten, disinfect and break down the protein structures in flour to improve baking qualities. In short, it is a quick way to impact the same baking qualities that natural aging over several months would accomplish. The chlorine gas and various oxides of chloride are believed to combine with xantophylls in flour, producing alloxan as an unintended byproduct.

As best I could find in the literature, there was, in 2017, a preliminary study done on the amount of alloxan in wheat flour. The study was published in The Journal of Cereal Science and was called ‘First report on the presence of alloxan in bleached flour by LC-MS/MS method’. One of the highlights of the study was that bleached flour may contain alloxan as a minor byproduct of a series of oxidation reactions.

I find this disconcerting that it was being written about over 20 years ago but the first study was only done four years ago and no further studies have been done. 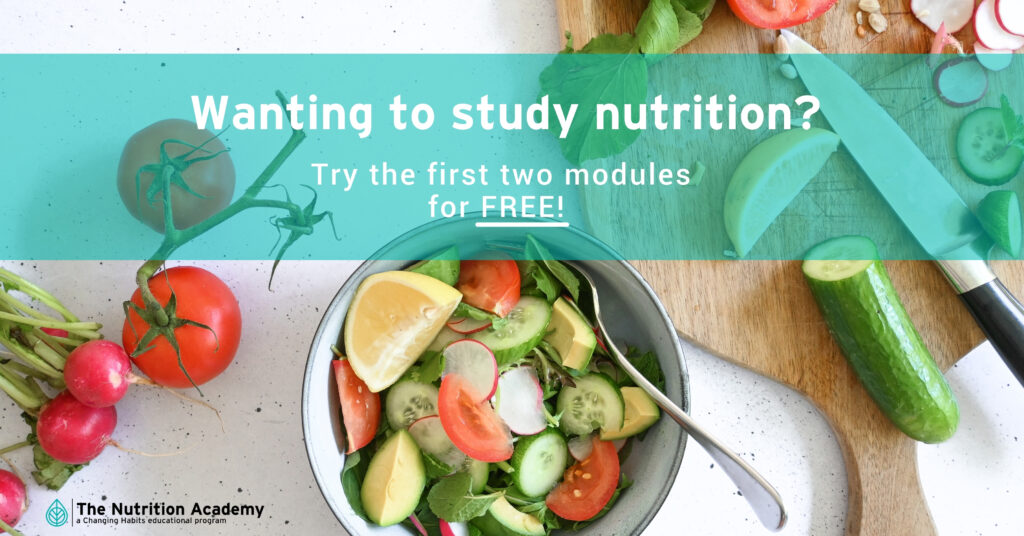 It’s Not the Poison It’s The Dose

Considering that the average westerner consumes some sort of wheat product at nearly every meal most days of the year over their lifetime, you have to consider the small exposure of this known toxin repeatedly day in and day out over a lifetime and its effect on human health. There are no studies on this.

When flour is milled, it is yellow due to the presence of plant compounds called xantophylls. If the flour is aged traditionally, by being exposed to air over a couple of months, the flour will turn white. But, of course, it isn’t commercially viable to be wasting time when it comes to food preparation. The milling industry therefore uses chlorine gas which not only breaks down the xantophylls (colour) but also reduces the protein and creates a more elastic flour.

In other words, it quickens up the aging process. When chlorine oxidises the plant’s natural xantophylls, this is when the alloxan is formed. Xantophylls are present in small amounts in the flour, therefore the amount of alloxan formed is in small amounts.

The 2017 study I mentioned previously concluded that further studies on toxicological levels of alloxan are needed in order to evaluate possible risks for consumers linked to the consumption of bakery products. As far as I can see there are no more studies.

The 2017 study did show that the amount of alloxan found in 24% of the bakery items studied (USA) were in an amount between 0.95 to 0.04 mg/kg (approximately 1ppm at its highest). While the amounts in the flour have been tested, the effects on human health have not been researched.

I asked one of the millers if they test their bleached flour for alloxan. They didn’t answer but instead sent the following: “Our company products meet stringent standards for health and safety as defined by Food Standards Australia New Zealand (FSANZ). In these standards the levels of chemical residues allowable in ingredients and food products are tightly regulated to ensure consumer safety. Our company abides by these standards to ensure all our products are safe. We suggest you liaise with Food Standards Australia New Zealand (FSANZ) on your enquiry”.

We also have to consider how this exposure to alloxan affects at risk groups, such as a pregnant woman, the unborn baby and genetically susceptible groups. Exposure to small amounts of toxins like PCBs (polychlorinated biphenyls), mercury and lead in parts per billion (ppb) can affect the IQ of an infant.

There are many toxins in the environment that have the ability to affect health and wellbeing in very small amounts. For example, glyphosate in parts per million can completely kill a wheat field. I remember a farmer’s wife in Canada contacting me after watching my documentary to tell me that her farmer husband only spread the amount of a can of cola of glyphosate on an acre of wheat for desiccation. It’s such a powerful toxin that it only takes a bit to kill an acre of wheat.

Alloxan in chlorine gas bleached flours is a perfect example of this. We simply don’t know the long-term effects of ingesting chemicals on top of chemicals – and what’s worse is we don’t know what chemicals are being made when combinations are used.

I’ve been a nutritionist for 40 years. My advice to eat whole foods has never changed and there is good reason for it; we just don’t know the consequences of manipulating or processing foods and adding dubious ingredients. What is happening between the chemicals and the food substances and may or may not it create something like alloxan?

Eat whole foods, buy single-ingredient foods, buy organic or regeneratively farmed foods and let’s get creative, get back into the kitchen to feed and nourish our families to heal this nation.

← Prev: If We All Become Vegans, Will We Save the Planet? Next: Paracetamol in Pregnancy – What You Need to Know →