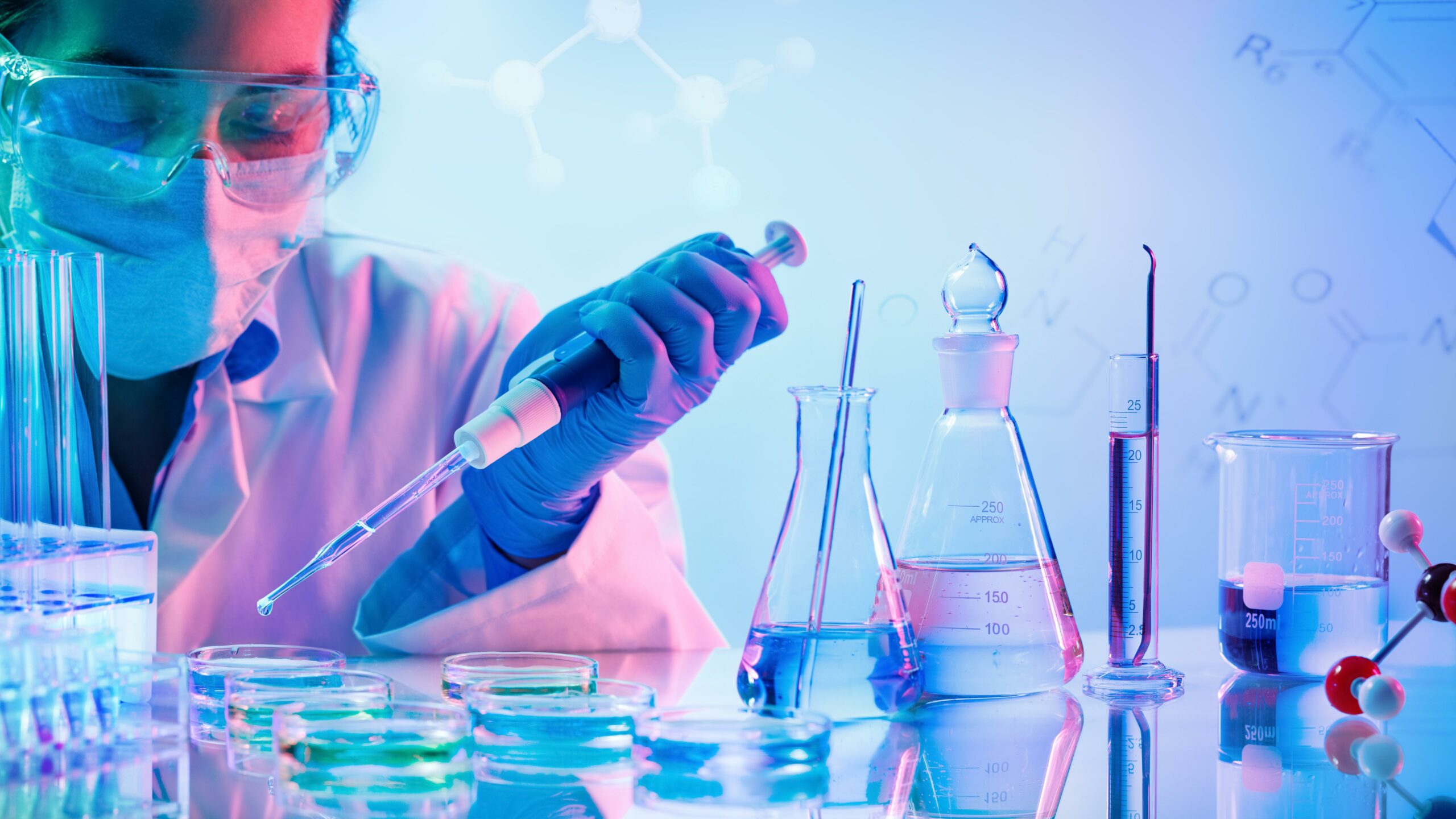 Synthetic biology, bioengineering, biodesign and biotechnology are just some of the names that are being used to describe the production of a relatively new wave of ingredients in our food supply.

This science behind synthetic biology is not new. Insulin the life-saving medication required for people with type 1 diabetes, is made using synthetic biology. Previously cattle and pig pancreas glands were used for insulin production. But in 1978, scientists figured out a way to genetically modify the bacteria E-coli to produce insulin and this technology is still used today.

But while the technology does have its uses when it comes to such life-saving measures, using the technology to create food products, like dubious food additives, raises some concerns. I have an issue with a human genetically modifying a microbe, placing it on recycled plastic and subsequently producing what is then put on the market as ‘natural’ vanilla flavour. Vanilla is not just about flavour; there is so much more to the beautiful natural fruit pod, including essential oils, trace amounts of vitamins and minerals and complex carbohydrates.

Synthetic biology uses microbes (bacteria, fungi, mould and viruses) to produce food additives, cosmetic ingredients, pharmaceuticals, agricultural chemicals, biofuels and more. The microbes are, for the most part but not always, genetically modified (GM) to create a substance that is needed in vast quantities. This is because the natural form of these substances may be too expensive, unfeasible, cumbersome, too slow, have a poor yield or are not profitable.

Citric acid was once a by-product of citrus fruit but now it is made by a genetically modified mould.

Xanthan gum came from a black mould found on broccoli and cauliflower. Now it’s made by a genetically modified mould grown on a substrate.

Natural flavours and colours may come from a substance grown by a GM microbe.

Listshield will not be listed in your ingredients because it’s a process not an ingredient. But it’s a mix of viruses called novel bacteriophages (altered by man) that is sprayed on meat and chicken to prevent listeria. It was approved by the FDA in 2007. It can also be used on apples, lettuce, honeydew melons, fresh-cut produce, smoked salmon and frozen foods.

The company Cargill (a large food producer) owns a multi-million dollar facility to make synthetic biology GM 2.0 Stevia, commercially known as EverSweet. So, when you see Stevia on your ingredient list, it may possibly be bioengineered – not from the real plant grown in soil with all the other components that make it a health-giving herb.

Stevia is in a few of the Changing Habits products (Supreme Green Blend and Peak Performance) but it is the whole plant, not an extract (steviol glycoside), nor made with synthetic biology (EverSweet).

Stevia in its whole form is sometimes called ‘sweet leaf’ because the plant has sweet leaves. It is highly nutritious, containing between 34-39% amino acids, it’s an excellent source of calcium, potassium, magnesium, phosphorus and iron as well as vitamin A and C, and it is used for detoxifying the body. It can be used as a poultice for fevers and ulcers. Stevia glycosides, mainly stevioside and rebaudioside, are the active compounds responsible for the beautiful sweetness. These compounds are not found alone in nature; they are in the mix of macro and micro nutrients found in the stevia plant.

Cargill is not the only company that synthetically makes stevia glycosides. Another company is Conagen, based out of Boston. It is an ingredient innovation company that uses modern synthetic biology tools for the biological production of food additives, pharmaceuticals and cosmetic ingredients.

According to Conagen’s Manager of Scientific Operations, Matt Mattozzi: “Conagen’s platforms are focused on metabolic pathways because cloning genes is essentially not a limitation anymore…”

Conagen also makes vanilla flavouring by taking the gene of the vanilla plant and inserting it into a microbe. Their justification is as follows: “Doing so greatly simplifies the process of producing a high-quality natural flavor—without destroying forests, being dependent on rainfall and other weather conditions, dealing with local suppliers in faraway places, or worrying about what could happen during shipping.” 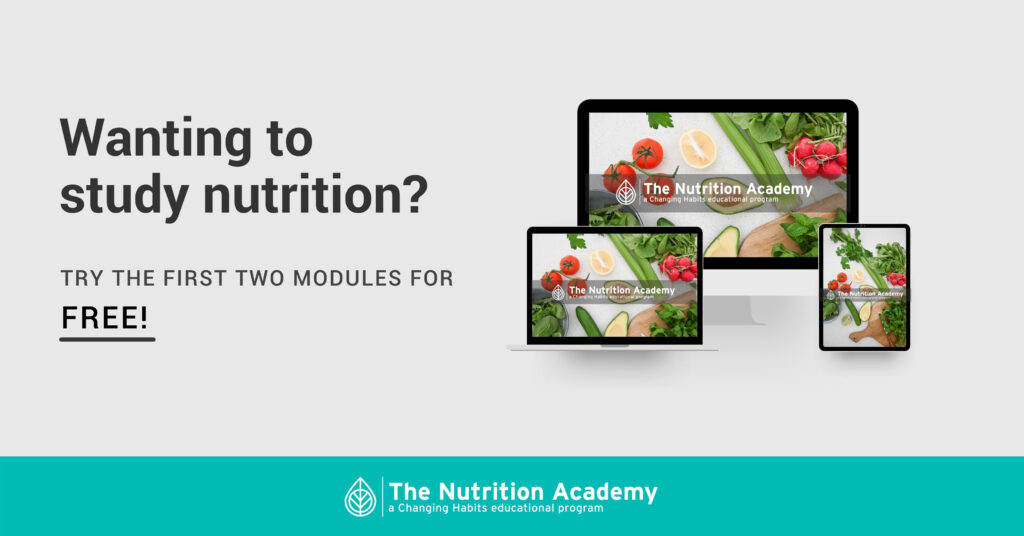 This is all very well and good, but, ultimately, is this good for human health? Will our body identify these products as usable and non-toxic? And what about the microbes that have been genetically modified and released into nature or into the human population due to human error and/or contamination?

Other questions that need to be considered include: How will these genetically modified bacteria, fungi, viruses and moulds act in the environment? How will they interact with our microbiome? What metabolites (products) will they produce depending on the substrate (sugar, fat, protein, recycled plastic) they require, and what will those metabolites do to our health and wellbeing?

Metabolites are made by micro-organisms. Our body has a microbiome and these microbes make metabolites that assist us in making neurotransmitters, B vitamins, vitamin K2 and thousands of products that help in digestion, immunity, neurological metabolism and so much more. We live symbiotically with our microbiome.

I am very concerned as to the consequences of this technology being the main driver in food, pharmaceuticals, personal care products and cosmetics.

Death and Illness from Synthetic Biology

An illness/epidemic called eosinophilia-myalgia syndrome surfaced in the United States in the autumn of 1989 and was linked to manufactured L-tryptophan (an amino acid used to help people sleep). Around 1500 people contracted the illness and 37 people died. The manufacturers of this particular L-tryptophan had changed its manufacturing process by using a new strain of bacteria, which was genetically manipulated/modified. They did this for higher yield.

A specific impurity in the tryptophan produced in late 1988 and early 1989 by the chemical company, Showa Denko of Tokyo, was thought to be the cause of the potentially fatal blood and muscle ailment. In other words, the GM bacteria not only produced the L-tryptophan but also a toxin that was not cleared in the purification process the company used. Will the same mistake be made again, or have we learnt the lesson to purify the metabolite of the microbes?

Vegan rennet. Making synthetic vegan ingredients is a growing trend among start-up biotech companies. The plant-based movement is a driver behind these Frankenstein microbes to make it possible to eat non-animal sourced meat, dairy and collagen. Vegan additives are possible too, as microbes are being used rather than animals, but it must be noted that animals must be involved in some of this genetic manipulation. Rennet (an enzyme also known as chymosin) is a prime example. Originally it came from the stomach of an animal, but now genetically modified microbes make the rennet to curdle milk to make cheese. To make microbial rennet, chymosin chromosomes are extracted from an animal’s stomach cells then implanted into yeast cells. These are then fermented on a substrate to make the rennet, which is then isolated out.

I don’t know about you, but I’m not prepared to be a lab rat with these new ingredients. This particularly applies to the new flavour compound found in vegan and plant-based meats called ‘soy leghemoglobin’, which also makes the product ‘bleed’, just like an animal product.

After reading to this point, you would probably have already figured out that, yes, this is a genetically modified micro-organism (it is implanted with the gene of the soy plant). The gene produces a heme molecule that is found on a nodule on the root of the soy plant. This has an iron-containing molecule that gives the effect of bleeding and is implanted into a microbe to produce soy leghemoglobin.

It’s up to you to decide whether you want to be a lab rat or make better choices for your table by eating real foods, purchased at your local farmers market, grown by regenerative agricultural methods, and getting back into the kitchen to feed and nourish your family to heal this nation.

To make sure you are not part of this experiment, read all of your ingredients and try not to buy packaged multi-ingredient, ultra-processed foods of any sort. Check out your medications (ask your pharmacist for more information) and go back to natural skin care products like Twenty8. This will go a long way in making sure you have the least exposure to these new synthetic biological products.

It’s also important not to be cajoled by marketing speak in this arena: even foods that say they are natural, gluten free, paleo, vegan, plant based and keto can have these biotechnological-derived additives.

Producer of the Documentary What’s With Wheat