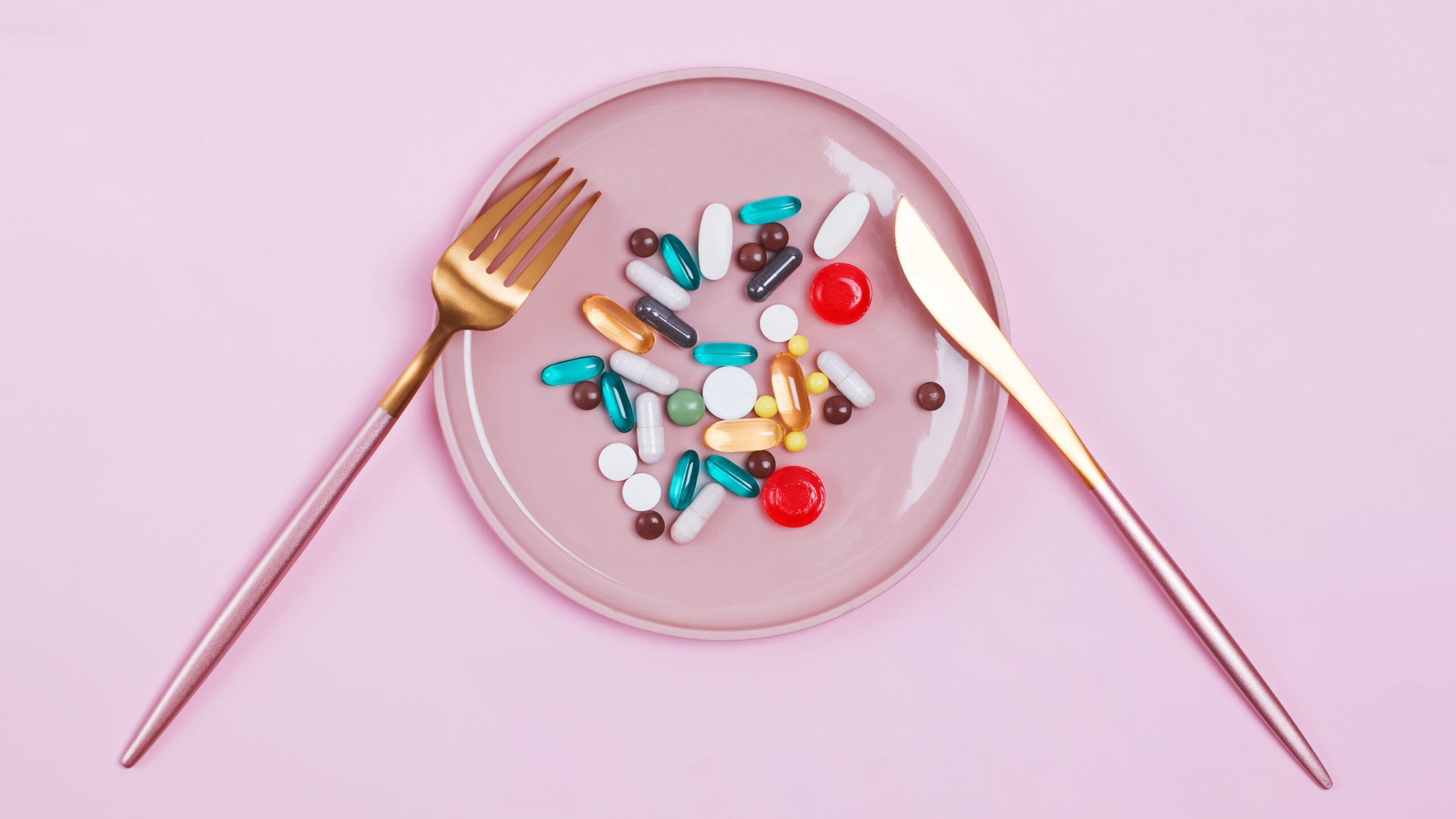 Cyndi is about educating. Her greatest love is to teach, both in the public arena and within the large corporate food companies, to enable everyone to make better choices so they too can enjoy greater health throughout their lives. Considered one of the world's foremost experts in Nutrition, Cyndi brings over 40 years experience, research and knowledge.

Time To Read: 9 minutes


The Nutrition Academy gathers students from all over the world and from all walks of life. The most consistent quality possessed by the students and graduates is their thirst for knowledge about health and nutrition and their incessant inquisitive minds.

Recently one of the students asked the following question:

Thus allowing me to delve into a concept I really thought was just a gimmick when it came to marketing supplements!

I’m a food girl. The only supplements I will consider on a daily basis are those that are grown in the ground, such as Changing Habits Peak Performance, Supreme Green Blend, Camu Camu, Probiotics, Health Essentials, Turmeric, Colloidal Minerals and nutrient-dense food, salts and spices that Changing Habits sources and sells. I am confident in taking my own food-based supplements on a daily basis; in fact, this includes two daily non-negotiables being Peak Performance and Colloidal Minerals, and always using my organic spices, foods and salt in my cooking.

In a health emergency or in a time of chronic disease where my body requires it, I may consider a higher dose of a single nutrient for a period of time, but not for a prolonged period of time.

So let me break down the complex structure of liposomal supplements so that you can make an educated decision about whether you want to take them daily or in an emergency or chronic condition.

There are 2 components that make up the liposomal supplement, the Liposome and the Nutrient.

What is a Liposome?

Today’s liposomes are essentially nanotechnology of a phospholipid bilayer that has been modified into a sphere. The sphere has an empty space in the middle that, when manipulated, can be filled with therapeutic substances. This method of delivery is being used as a vector for the administration of drugs, cancer treatments, vaccines, genes and nutrients. Simply, a Liposome is a tiny bubble made from the same materials as a cell membrane that can carry nutrients or drugs into the body’s system. It is this manipulation and addition of more additives to this artificial cell bubble that can be advantageous or create havoc within the body.

The History of Liposomes

In 1965 Alec Bangham (1921-2010) haematologist had an interest in cell membranes (phospholipid layers) which furthered his interest in phospholipid molecules dispersed in water and found that they could organize themselves into a double layer resembling membranes, then under the electron microscope, it was revealed that these dispersions took the form of cell-sized closed vesicles (spaces), like a tiny avocado without the seed and the void being ready to be filled with a substance (drug, vaccine, gene and nutrient). He saw this as a vehicle for delivering drugs and other materials into the cell through the cell membrane. He named these vesicles ‘multilamellar smectic mesophases’ or for short bangosomes which were later termed liposomes. (1)

Not all Liposomal Technology is Equal

There were problems with the first generation of liposomes including;

The enclosed substance leaking out of the liposome membrane before it reached its target, this was fixed by adding cholesterol and sphinogomyelin to the lipid bilayer which switched it from a fluid phase to a solid phase, reducing leakage.
The liver and spleen’s production of phagocytes destroying the liposome reduced the distribution capabilities and increased toxicity of the drug being delivered, the addition of the cholesterol and sphinogomyelin increased the circulation of the liposomes which reduced the chances of being destroyed by the body’s immune system. To increase the ‘stealthiness’ of the liposome, polyethylene glycol (PEG) was grafted onto the membrane of the liposome. This is called PEGylated. PEGylates remain in the system without damage from phagocytes and can be almost dosage independent. This was sometimes termed a stealth liposome. But as you will read further on this too has created problems.
Not all drugs were able to be delivered passively, therefore the addition to the manipulated liposome of receptor-mediated endocytosis (ligand targeted) allowed for specific targeted administration of the drug delivery. (10)
Triggering the release of the contents of the liposome was difficult. Heat, pH, light or an intrinsic (made by the body) enzyme may be remote, therefore targeting the signal. For example, heat to a tumor for the delivery of a drugpor designing liposomes to release their contents at a certain pH proved to also be helpful in delivery. (2)(8)

Simply PEGylated is the insertion of Polyethylene glycol (PEG) compounds into the liposome to increase the efficiency of the delivery system and for less chance of the liposome being broken down by phagocytes before the contents are delivered to the appropriate cells. PEGs are not only found in liposomal delivery systems but also in household products including skincare, cosmetics, baby wipes and cleaners. They are used as thickeners, softeners, moisture-carrying agents, penetration enhancers, and surfactants.

The raw materials used to produce polyethylene glycol are by-products from petroleum refining including natural gas and coal. Synthesis of PEG’s can follow multiple different routes, depending on the desired end-product. However, the process always involves ethylene oxide. (9)

Here is an example of what you may see in a medicinal liposome if they wrote out the chemical nomenclature;

You will notice that the polyethylene glycol has a number after it – 2000, this stands for the amount (moles) of ethylene oxide added to the compound. Which takes us down a whole new rabbit hole that I will not be going into in this article.(9)

Why is PEG a problem?

PEG is described as GRAS, (generally regarded as safe), it’s used in many industries from skincare to foods to pharmaceuticals, vaccines, gene therapy and supplements and its use is growing, it was always considered to be inert causing no immunological reactions in the body. There is growing evidence that PEG might enhance both the innate and adaptive immune system, this is evidenced by anti-PEG antibodies in healthy humans who are increasingly exposed to PEG additives across all industries. One study showed 42% of anti-PEG antibodies in blood donors with no history of treatment with any PEGylated pharmaceuticals, this increasing number is thought to be as a result of the amount of PEG used across all industries. The frequent use of shampoos, toothpastes, lotions and soaps with PEG on a daily basis increases the likely hood of anti-PEG antibodies. This in turn will compromise the response to PEGylated liposomal nutrients and or medications and vaccines. (4)

Other immunological factors that have been shown to enhance with PEGs are immunoglobulins. “As with any foreign particle that enters the body, liposomes encounter many defense systems aimed at recognition, neurtralisation and elimination of the invading substance”. (Lisa Sercombe et al)

Quality of the System and Nutrient Being Delivered

As you can imagine the more advanced technology the more expensive it gets. If it is cheap you may find that there is no liposomal technology in the product. Previously the supplement industry made a pseudo liposomal product made using low to medium shear methods with large amounts of lecithin (GMO), producing gel-phase products with large and ranging particle sizes. Or they could be manufactured by rotor-stator dispersion devices that create a milky liposomal solution with large-ranging particle sizes. The smaller the particle size the better the delivery system, therefore the larger the particle size of the old methods probably had little to no advantage. (6)(8)

Quality of the Nutrient

The nutrient being delivered also has to be assessed as well as the excipients that may be in the supplement including emulsifiers, flavours, ethanol, glycerol and colours.

Now it’s important to note that in the history of the human body has any vitamin or nutrient been delivered solely by itself, it has always had other micro and macronutrients surrounding it, in a perfect delivery system. Camu Camu for example is very high in Vitamin C, it is not just ascorbic acid but has a mix of other nutrients. Personally, I’ll take that over anything else for my daily intake of C.

Another nutrient that is in the liposomal delivery system is vitamin E. There are 8 derivatives of Vitamin E, 4 tocopherols and 4 tocotrienols. Dr Barry Tan an expert in Vitamin E and who I have interviewed for my students at The Nutrition Academy shows the perils of taking more than 40mg of alpha-tocopherol daily. So if we are delivering in liposomal form 250mg of alpha tocopherol daily what are the health consequences? These are questions worth asking. Sometimes we blindly take something because the marketing and advertising explanation is so convincing, but when you delve into the subject it’s not as simple as they make it out to be. It’s not a full-proof nutrient delivery system by any stretch of the imagination and reading the research points this out blatantly.

Good quality liposomal technology without PEG’s and a quality whole supplement within the liposome without dubious additives is what I would be looking for, the problem is finding these in the market. I’m on the lookout all the time and when I find something that has that quality then I’m quizzing the makers. Believe me, I’ve called and emailed quite a few. Sometimes they do not have a patent on their technology, but tell me that it is a proprietary secret. The most important thing is that they answer my questions regarding the product being PEGylated or not and the additives being pure not from biotechnology.

There are many things I have not talked about in this article, which have bought further questioning to my mind, but if you would like to delve deeper I have included references so that you can check it out for yourself. I’m amazed at the technology and how it has evolved since 1965, but I’m still not convinced that this is what the human body requires in order to be healthy and at this stage, we do not know the long-term consequences of daily administration over a long period of time.