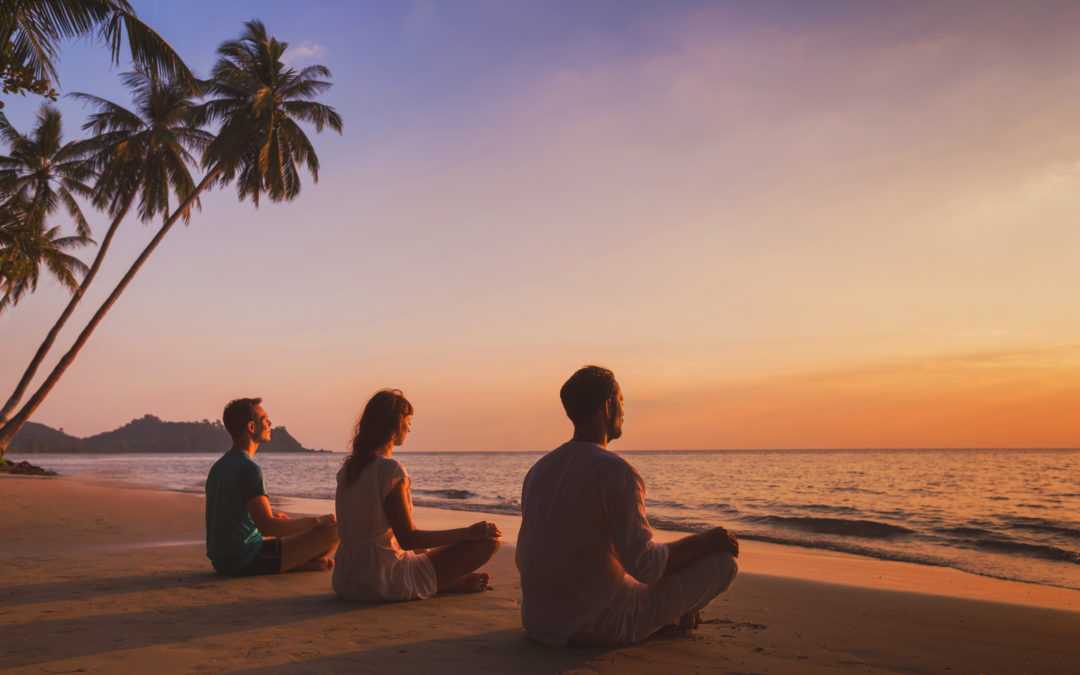 We can last days without water and sleep, weeks without movement, connection and food (the longest recorded fast lasted 13 months) and seasons without sunshine and darkness. But, the human body can only live minutes without breathing.

The Nutrition Academy (TNA) teaches, in its first two modules, the philosophy of vitalism.

This is where we look at the body as a whole rather than breaking it down into parts.  We consider everything when we look at the physical and mental health of the person.

It’s important to realise that in order for the human body to be healthy it must have the right ingredients. Good quality air and water, real foods, movement, sunshine, nature time, sleep, grounding and connection with other human beings.

At the beginning of the year, probably like most people, I had a little bit of anxiety around the coronavirus lockdown and social distancing measures. Information about the virus was scanty so I wasn’t able to educate myself enough to relieve my anxiety.  I mused that I had lived my life, and I had had a good one, but my anxiety was for my adult children their partners and future grandchildren, as well as my immediate family (my father, 92 and my brother, his wife and their two small children). I also feared for humanity for many reasons.

I couldn’t meditate as my mind would just wander and I’d worry. So I began a breathing technique with a group of friends who were also feeling the same. Every morning I would do this technique for 30 minutes. I was religious about it. It became a very important part of my morning routine.

I noticed that by doing this technique, my anxiety reduced, my energy increased, my clarity of mind was lightening sharp and I was sleeping incredibly well. I also noticed that a niggling parasite (itchy bum on the full moon) had disappeared by the next one.

I knew that one of the ingredients for health was healthy air, but I could breathe and I thought that was all I needed. However, as I practised an ancient art of breathing, I realised that paying attention to breathing as I pay attention to my exercise, nature time, food, connections, grounding and sun time was also important.

At The Nutrition Academy we talk a lot about food, so this month I thought you might like to hear about another key ingredient for health – the importance of oxygen, carbon dioxide and the incredible history around breathing techniques.

Why Breathing is Important

Consciously understanding breathing can breathe incredible energy into your life.

Oxygen (that you breathe in) and food are used by the mitochondria to create energy for the body, not only for you to move, but for all the processes in the body to work including beating your heart, neuron activity, peristalsis of the bowel and much more.  Without oxygen your body dies from a lack of energy. The byproducts of making this wonderful energy are carbon dioxide and low deuterium water; both are important for balance in the body and both are required for health.

When the balance of oxygen and carbon dioxide are not in homeostasis, you may shallow breathe, breathe faster, slow your breath down or start mouth breathing, thus correcting the balance.

I love to learn so when I started the breathing technique developed by Wim Hof, via a free app, and I saw the benefits, I wanted to learn more. I purchased the Wim Hof fundamentals course. From there I started to listen to podcasts on breathing and then I came across James Nestor, the author of the newly released book Breath – the New Science of a Lost Art.

What I love about this book is that, not only is there a history lesson where Nestor talks about the science behind ancient breathing practices like Pranayama, Sudarshan Kriya, Tummo and the American Indians’ knowledge of the benefits of breathing through the nose, but he also discusses a link between chewing and our airways and whether we become mouth breathers or nose breathers.

My friend Dr Mary Bourke, a chiropractor, gave me many years ago her prototype Myo Munchee.

She told me that, for countless generations, our bodies used the chewing motions that were part of human lifestyle, culture and diet as a catalyst for healthy biological development of the lips, tongue, and jaw muscles for growth, rest, breath and resilience.

In just a few hundred years, the western industrialised lifestyle – with its soft foods, reduced nutritional diversity, and rapidly decreasing range of exercise – has essentially removed our natural cues for healthy oral and thus sinus development.

In other words, she said that we have outsourced our chewing and movement.

Her Myo Munchee device gets the body’s innate optimal functioning back on track. The reflexive response it triggers helps with jaw and mouth function, breathing, posture and sleep. Just 10 minutes of daily chewing assists growth and development of the jaw, mouth and face, with benefits that last for life. Instead of a dummy, a Myo Munchee benefits a baby. Not eating soft, refined foods for a lifetime will also benefit human health. But I’ve been saying that for 40 years.

It was with this renewed understanding of breathing and thus chewing that I pulled out my Myo Munchee after several years of it sitting on my bathroom shelf. Nestor also talks about these devices which help with advancing nasal breathing in his book.

The food that we consume is important for dentition, mouth arches and breathing channels. A highly refined, soft diet leads to teeth crowding, reduced palate size and difficulty with nose breathing, forcing more mouth breathing. We have become modern in our eating and lifestyle and therefore are a nation of mouth breathers.

Nestor placed himself in a study along with Anders Olsson, the author of The Power of Your Breath, where they plugged their noses for 10 days, forcing them to breathe solely through the mouth. Nestor recalls: “I went from snoring a couple minutes a night to, within three days, I was snoring four hours a night…I developed sleep apnea. My stress levels were off the charts. My nervous system was a mess…I felt awful.”

The science backs up his and Olsson’s revelations and the state of their health – or ruin of their health – and Nestor references it heavily in his book. The many devices that are being invented for sleep apnea and snoring may just be a Band-Aid and not addressing the true root cause of the problem. What if the free ingredient of nose breathing was actually the answer?

There are many breathing techniques and traditions that have been performed for centuries by many cultures. I remember many years ago going to Bali and doing a yoga retreat. We chanted “Om Namah Shivaya”, breathing in and “Omming” out. I didn’t really get why I was doing it until I read Nestor’s book. Apparently the breathing in and chanting out is the perfect time for breathing – six seconds in and six seconds out.

Buteyko Breathing has been around for years and many people have told me the benefits they have achieved from this technique, especially people with asthma.

Dr Andrew Weil has always been somewhat of a mentor for me; I listened to him speak at a conference in the US and have followed him for years. He is very much about looking holistically at the body. I didn’t realise he also created a style of deep relaxation breathing called 4-7-8 Breathing. This involves breathing in through the nose for four counts, holding for seven counts then breathing out through the mouth for eight counts, repeating the cycle four times.

I’m 60 this year and I’m so very happy I’ve learnt about the ancient art of breathing – yet another ingredient for me to perfect in order to be the healthiest version of myself both physically and mentally.

Let me remind you about the ingredients that we know to be important. Every day we can work on these. Most of these ingredients are free things that create overall wellbeing. Growing your own food and collecting your own water helps with the cost of the first two ingredients.

Create habits that can be incorporated into your daily routine and become easy to maintain. All these ingredients are there for the taking; you just have to find a routine that works best for you.

Breath – The New Science of a Lost Art by James Nestor

The Power of Breath by Anders Olsson –  – https://www.youtube.com/watch?v=5EL4-QpiEGY&list=LLNRn2e00ek7Xds3ByTaCDmQ&index=79

Lab To Table – Stop Being a Lab Rat. Start Making Better Choices for Your Table by Cyndi O’Meara