VITAMIN K INJECTIONS FOR NEWBORNS: WHAT YOU NEED TO KNOW 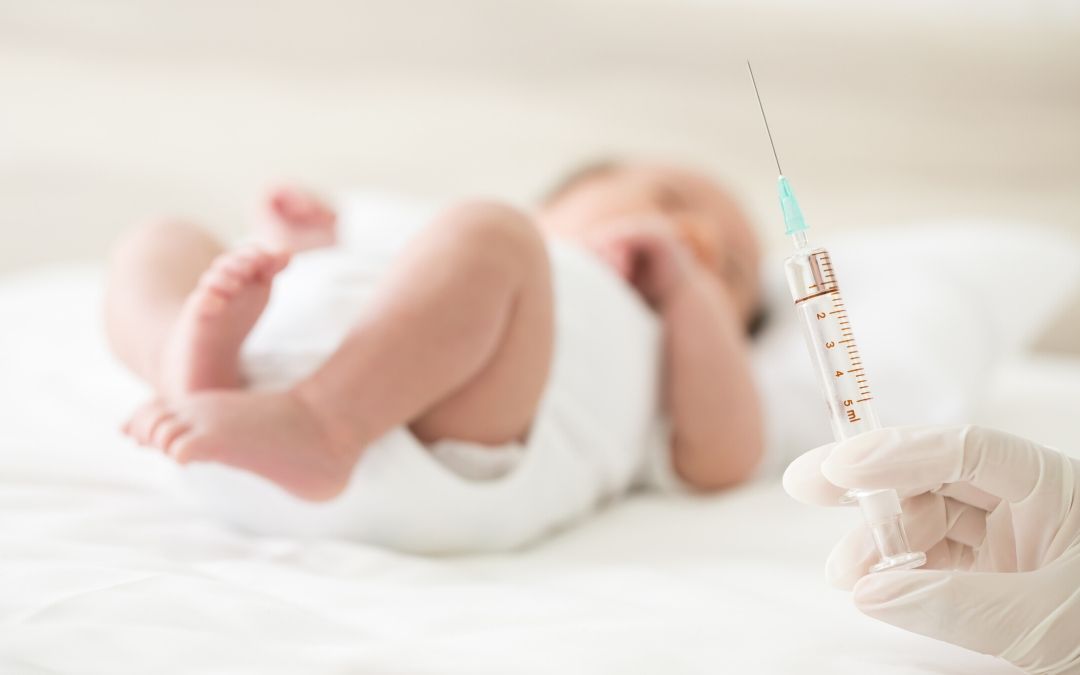 Vitamin K injections are administered to most newborns. But are they essential?

I found out I was pregnant with my first child October 1988. I remember having the test and then being so excited that I drove home and crashed the car in the driveway (just a bit).

I knew what type of pregnancy and birth I wanted. My friend had had a home birth and was very much part of the Homebirth Association in Australia.

I wasn’t sure for my first I was up for a home birth so I opted for what I considered the next best – a birthing centre.

I entered the program early. I said ‘no’ to all ultra sound tests, but said ‘yes’ to listening to the heart with a special machine (Cardiotocography CTG). In hindsight I wished I hadn’t, but sometimes we are naïve with our first pregnancy and that’s why I’m writing this now.

On my last visit to my midwife, I wanted to go through the birth plan and what happened after my child was born. I remember saying, ‘Is there anything more I need to know?’.  At that point the midwife very nonchalantly said that there would be two injections given, one to me and one to my child, syntometrine and konakion respectively. I asked her to explain the purpose of these injections. The midwife said that the syntometrine was oxytocin and was to help my uterus to contract back. I reasoned with her that as I was planning on breastfeeding, I would produce my own oxytocin and should not require it.

Then I asked about konakion. She explained to me that it was vitamin K and every baby got the injection (at the time I cannot remember if I was offered the choice of the injection or an oral dose). I didn’t understand why a child would need it and the midwife explained to me that babies were born without enough vitamin K and that it stopped haemorrhagic (bleeding) disease (now termed vitamin K deficiency bleeding (VKDB)). The incidence of haemorrhagic disease before the vitamin was introduced in the 1960’s in the US and 1970’s in Australia was approximately 1 in 100 bleeds to 1 in 1000 serious bleeds in the first few days of life up to a couple of weeks. And of those that get VKDB, 1 in 5 will die. In Europe it has been estimated for every 100,000 babies that receive vitamin K, between 4 to 7 lives are saved.

Being brought up in a vitalistic household we believed that the body had an innate intelligence given the right resources (food, water, sunlight, love, movement) and without interference, and that the possibilities for health were endless. So why were babies born without enough vitamin K?

I was at university at the time. I had access to La Trobe University Library and all its resources. Those were the days when the word Google didn’t exist and you had to look up microfiche and/or reference cards, then go to the periodical, take the journal off the shelf, photocopy the research and then write/type up a report.

And that’s exactly what I did. I can’t find that report anymore, that one I did on konakion – it was definitely not on a computer but rather typed up on a typewriter. By the end of the report I knew that my baby was not a candidate for konakion. I remember that it had something to do with vitamin K being produced by bacteria in the gut and it seemed there was a correlation with VKDB and when antibiotics were being given for every cold, infection, ear ache and sore throat without any thought of the consequences.

I also found out that if the mother was taking the following medications then the chances of the baby bleeding would increase: carbamazepine, phenytoin, barbiturates, some cephalosporins, rifampin, isoniazid, warfarin or warfarin-like drugs and/or anticonvulsant or anti-tuberculosis medication. I was taking none of these medications and, for that matter, I had never taken any medications. I also didn’t have other issues that may cause VKDB such as diarrhea, hepatitis, cystic fibrosis, coeliac disease, Alpha1-antitrypin deficiency, short bowel disease or any gut issues.

I also knew I had a very good diet, filled with a variety of leafy greens and cruciferous vegetables, fermented foods and animal products and thus dietary vitamin K.

I reasoned at the end of the report that as I had never had an antibiotic, was taking no medications, ate a very healthy diet, had enough vitamin K being produced by a healthy gut bacteria as well as consuming vitamin K rich foods, and was planning on breastfeeding my baby then there should be no need to have konakion.

The birth centre and hospital involved didn’t agree with me and made me sign a waiver that I would take full responsibility for anything that happened to my newborn baby including haemorrhagic disease.

I signed that waiver as I was confident in my research. I also had confidence in the innate intelligence of the human body and knew that if for some reason nature had made a mistake and not given enough vitamin K at birth to a newborn then we may not have made it through thousands of generations of life to get to this point in time. I trusted that innate intelligence. Perhaps nature is insulating the newborn from heightened levels of the vitamin and just because we have not worked out why, this does not make it a pathological condition.

Dr Rebecca Dekker, of Evidence Based Birth, which provides evidence-based information on pregnancy and childbirth, wrote in 2014 and updated in 2019: “Perhaps there is a reason we don’t know of that leads to low transmission of vitamin K from mom to baby before and after birth. Maybe there is an unknown beneficial mechanism that is preventing some kind of environmental toxin from reaching the baby, and this mechanism also has the side effect of keeping vitamin K from reaching baby in sufficient quantities through the placenta and breastmilk”.(1)

There are similar musings from many specialists of the same ilk.

I also knew that the vitamin K being given to every newborn child was prophylactic (preventative) and that it would have been too much trouble to do it on a case-by-case basis. As you can imagine, the research and the education around the procedure for me was time consuming. I’m sure hospital staff and midwives were, firstly, probably not given extensive training in the matter and that, secondly, procuring patient records on the matter may have been seen as a labour of time that was not required and the data may not have been accurate. So, across the board all babies were given the injection or oral dose. Most parents were not even aware of this routine procedure being done.

It’s similar to the vaccination issue. All babies across the board based on age (not health or weight) are given a schedule of vaccines. If every baby born is measured for weight, genetic variability, titres (whether they have the antibodies from the mother or natural infection) then the procedure would become time consuming. Every vaccine dose would have to be measured for the weight of the child or adult; if there was a genetic susceptibility it would have to be considered for each vaccine and its excipients and adjuvants and blood tests would need to be taken to determine whether the baby or child already had the antibodies, thus natural lifelong immunity. It would be cumbersome and, administratively, a nightmare.

I’m not here to tell you what to do, but to give you the information and education in order to make a decision about your baby that is based on your individuality and if you feel confident in that, then you make the correct decision for your child.

What is vitamin K?

Vitamin K is a fat-soluble vitamin. There are two analogues to this vitamin, K1 and K2. K1 (phylloqinone) functions as a coenzyme and is involved in the synthesis of a number of proteins involved in blood clotting and bone metabolism. K1 is consumed by eating leafy greens and cruciferous vegetables. K2 (menaquinone) has a part to play in bone and heart health and is produced by gut bacteria, and is also found in fermented foods and some animal products.

Let’s consider K2 and the use of antibiotics, not only what we take internally but what is sprayed on our foods including the patented antibiotic/herbicide Roundup (glyphosate). By keeping a healthy gut microbiome by being consistent with healthy foods and fermented foods and avoiding conventionally grown grains and legumes and seed oil, we are doing everything we can to prevent vitamin K deficiency in the mother as a first port of call.

At the time of my research back in the 1980’s I didn’t ask for the ingredients of the vitamin K oral and/or injection, nor did I ask where the vitamin K was sourced. I had chosen not to go ahead with the procedure so there was no need to investigate any further. But for the purposes of this article I’ve gone deeper into this injection.

The vitamin K that is given in the injection is called phytomenadione or phytonadione and there are two preparations that are on the market today. They are not derived from plants but rather synthesized in a laboratory. See reference 2 for the patent on the preparation. They may be called Phylloquinone® Phytonadione® AquaMEPHYTON® Mephyton® Konakion®.

Here are the two preparations and their ingredients:

Phytonadione Injectable Emulsion, USP, is a yellow, sterile, aqueous colloidal solution of vitamin K1, with a pH of 3.5 to 7.0. It is available for injection by the intravenous, intramuscular, and subcutaneous route. Each 0.5 mL contains 1 mg phytonadione (Vitamin K1), 10 mg polysorbate 80, 10.4 mg propylene glycol, 0.17 mg sodium acetate anhydrous, and 0.00002 mL glacial acetic acid. Additional glacial acetic acid or sodium acetate anhydrous may have been added to adjust pH to meet USP limits of 3.5 to 7.0. (3)

What began as a simple question from one of my students/graduates at The Nutrition Academy has become an article that took hours of research. The references I’ve given are well worth taking the time to read.

Doris Haire (3) believes that “obstetric aesthesia/analgesia causes newborn hemorrhagic conditions. Knowing the historical and current heavy uses of narcotics and forceful delivery techniques (mighty vac, forceps, head pulling, etc.) it is my belief that the routine administration of vitamin K has evolved out of the need to protect newborns from iatrogenic conditions [caused by medical examination or treatment] rather than inherent problems of gently born babies”.

It’s a field fraught with opinions and science but in the end, it is you as parents and individuals that must take responsibility for your health and that of your unborn child. If for some unforeseen reason in the pursuit of a natural birth things don’t go according to plan, then the decision may be forced upon you to give vitamin K. Be educated about the injection (ask for the insert and ingredients), know your options, and know the need and the consequences for giving or not giving this injection.

In preparation for preconception and birth, my go-to would be the Supreme Green Blend, Organic Colloidal Minerals and our Probiotics along with an impeccable real food diet as outlined in my book Lab To Table and The Nutrition Academy courses.

← Prev: The Importance of Mechanism V's Vitalism Next: Just Breathe: Why Conscious Breathing is Important → 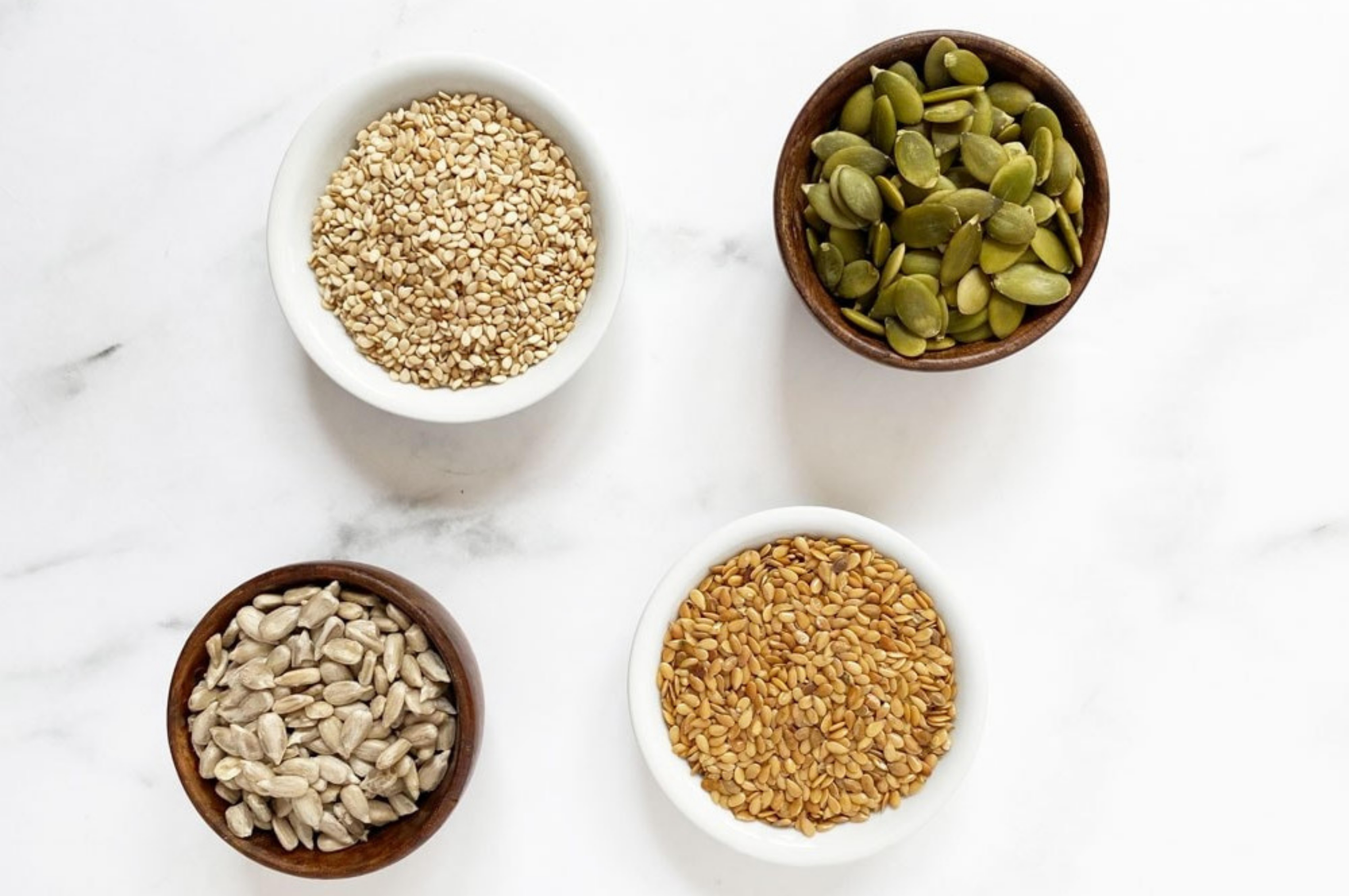 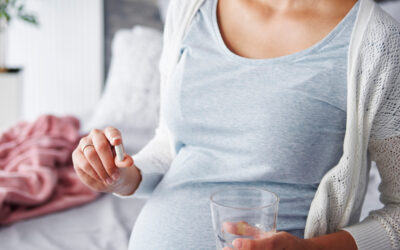 The history of medicine at best is assorted. Just 100 years ago medicine consisted of alcohol, opium, heroin,... 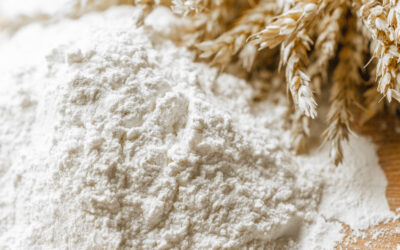 Alloxan: Be Aware  Until recently, I had never heard of ‘alloxan’. I was asked a question from someone who watched my...